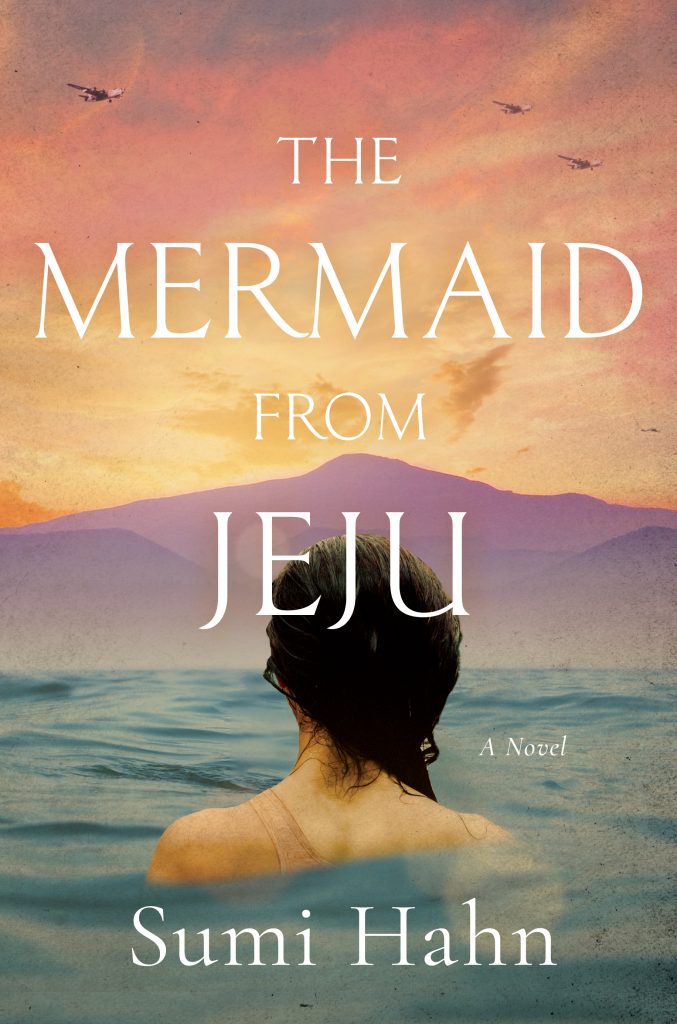 Barnes and NobleBooks A MillionBookshop.orgHudson BooksellersIndie BoundPowellsTargetWalmartAmazon
Editions:Hardcover: $ 26.99
ISBN: 9781643854403
Pages: 304
eBook: $ 12.99
ISBN: 9781643854410
Paperback: $ 16.99
ISBN: 9781643859545
Inspired by true events on Korea's Jeju Island, Sumi Hahn's "entrancing [debut] novel, brimming with lyricism and magic" (Jennifer Rosner, The Yellow Bird Sings) explores what it means to truly love in the wake of devastation.
In the aftermath of World War II, Goh Junja is a girl just coming into her own. She is the latest successful deep sea diver in a family of strong haenyeo. Confident she is a woman now, Junja urges her mother to allow her to make the Goh family's annual trip to Mt. Halla, where they trade abalone and other sea delicacies for pork. Junja, a sea village girl, has never been to the mountains, where it smells like mushrooms and earth. While there, she falls in love with a mountain boy Yang Suwol, who rescues her after a particularly harrowing journey. But when Junja returns one day later, it is just in time to see her mother take her last breath, beaten by the waves during a dive she was taking in Junja's place.

Spiraling in grief, Junja sees her younger siblings sent to live with their estranged father. Everywhere she turns, Junja is haunted by the loss of her mother, from the meticulously tended herb garden that has now begun to sprout weeds, to the field where their bed sheets are beaten. She has only her grandmother and herself. But the world moves on without Junja.

The political climate is perilous. Still reeling from Japan's forced withdrawal from the peninsula, Korea is forced to accommodate the rapid establishment of US troops. Junja's canny grandmother, who lived through the Japanese invasion that led to Korea's occupation understands the signs of danger all too well. When Suwol is arrested for working with and harboring communists, and the perils of post-WWII overtake her homelands, Junja must learn to navigate a tumultuous world unlike anything she's ever known.